For some individual seamen a collection of his/her papers were filed together in what is known as a seaman’s ‘pouch’.  They are now held at The National Archives in series BT 372.  The contents vary from single registry cards to ID Cards, photographs, letters, applications forms and other ephemera.  The records ostensibly cover the period 1913 to 1972, though few have contents dating further back than the 1930s.

Some special categories of pouches are to be found in BT 390 (those who served on Royal Naval Auxiliary vessels) and BT 391 (those who served in the liberation of Europe); these should be consulted, where relevant, in addition to BT 372.  Some material that might have been expected to be in pouches can be found in BT 364 and BT 391 and can be searched for by surname using The National Archives Catalogue. 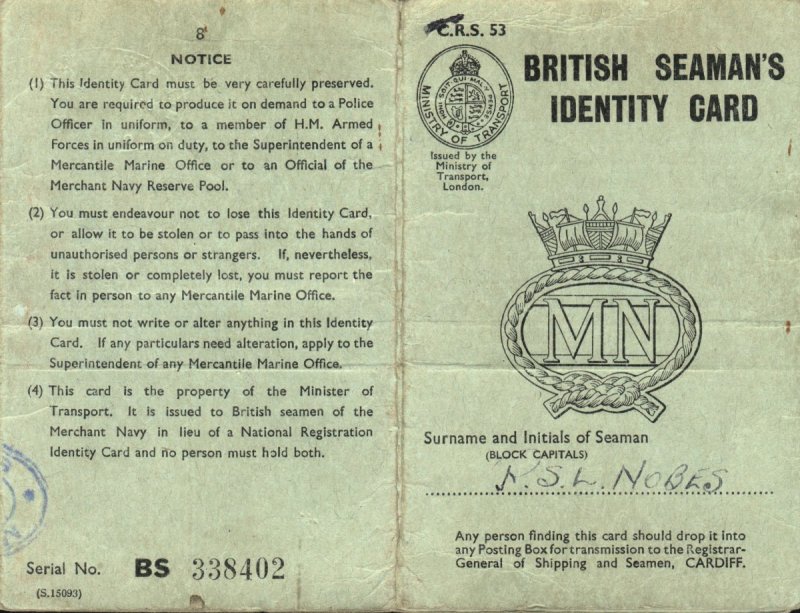 Watts, Christopher, My Ancestor was a Merchant Seaman: How Can I Find Out More About Him? (2nd edition, London, 2002)

Chater, Kathy, Tracing Your Family History: A Complete Guide to Finding Out More About Your Ancestors (Apple Press, 2008)

Fenton, Roy; Briody, Nuala and Macdonald, Mike.  Maritime Information: A guide to libraries and sources of information in the United Kingdom (4th edition, 2004)