You are here: About P&O Maritime 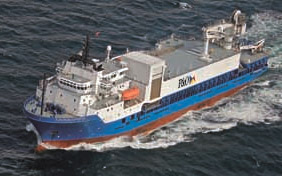 P&O Maritime has been operating in the maritime industry since the 1960s and has evolved over the years, expanding the services offered, moving into new geographic locations and establishing a regional management structure.

In the late 1960s, with the development of the offshore oil and gas industries in Australia, P&O transferred several vessels to Australia and in 1968 established P&O Offshore Services. This company subsequently built over 20 vessels in Australia and operated them within Australia and South East Asia.

1970's
In the mid-1970s, P&O invested in a salvage operation, United Salvage, which successfully grew its business around Australasia. This activity was subsequently sold to Adsteam Marine (now owned by Svitzer).

1990
In 1990 P&O Maritime secured a long term contract for the provision of shipping services to the Australian Antarctic Division. P&O Maritime managed the design and build of the research supply and expedition icebreaker Aurora Australis, which is owned, managed and crewed by P&O Maritime. It is used by the Australian Antarctic Division for cargo resupply, expedition transport and seasonal marine science and research in the Antarctic.

1997
P&O Maritime acquired 50% ownership of Carpentaria Shipping Services (CSS). CSS is a joint venture with the local indigenous community which owns and operates (under P&O Maritime’s management) one self- discharging bulk carrier in northern Australia.

In 1997, P&O Maritime formed International Offshore Services (IOS), a joint venture with Farstad shipping of Norway, to own and operate offshore supply vessels within the Australasian region under the management of P&O Maritime. IOS began operations in early 1998 with seven vessels and within five years had grown to 20 vessels. The rapid success saw the need for the ships to operate in a global market, which began to conflict with other Farstad operations and subsequently Farstad acquired the P&O Maritime interest in 2003.

P&O Maritime’s JV company, DMS, was successful in 2005 with a tender to manage maintenance and support of the Australian Customs Service eight Bay Class Patrol Boats under a six year extendable contract.

2007
P&O Maritime was successful with a contract to provide management and operation services for Zinifex’s (now MMG Century Limited) self-discharging bulk carrier MV Wunma. The vessel operates from the port of Karumba on the south eastern side of the Gulf of Carpentaria in north Queensland, Australia. This operation supports Zinifex’s Century Mine, the largest zinc and lead mine in Australia.

2009
P&O Maritime expands its operations into South America with the acquisition of 70% of the shares in the Dos Santos Group Bulk Barging business based in Paraguay. This business provides pusher tugs and bulk barges that operate on the Paraguay/Parana river waterway for the transport of grain and iron ore. Offices are established in Buenos Aires, Argentina and Asuncion, Paraguay.

P&O Maritime were successful in securing a contract for the provision of towage services to DP World in the Port of Sokhna, Egypt. Service provision for this contract was enabled through the acquisition and mobilisation of two tugs from Spain.

Two new pusher tugs are constructed (P&O Mburucuya and P&O Ceibo) and twenty four barges for use in the South American operation along the Rio Paraguay.

The Santa Ana, one of three Incat catamarans designed specifically for use as a Renewable Support Vessel within the offshore wind farm market was finished and commissioned for work. The other two vessels, the Siroco and the Chinook are delivered later this year.

In 2011, the European Supporter is converted from the Oceanic Viking and sent to Europe. Conversions to the Vessel meant that it could be utilised to perform a variety of tasks, such as offshore survey roles, construction projects or for laying inter-array cables for offshore wind farms.

Following the Company’s restructure, the Corporate Office function moves to Dubai and in November, P&O Maritime signs an agreement to sell the remaining 50% equity stakes in DMS to its joint venture partner Serco Group.