Agreements and Crew Lists were introduced into the British merchant service when The Merchant Shipping Act of 1835 required each ship to complete them as well as other related documents.  They were then filed with the Register Office of Merchant Seamen (now the Registrar General of Shipping and Seamen).  The agreements were used by the ship's master (Captain) to record the conditions of employment for the crew on a per voyage basis and to outline their period of service.  Each agreement was then signed or marked by the individual seaman before the ship sailed.  The resultant crew lists were used by the Board of Trade registry clerks to create entries in the various seamen's registers (See Merchant Seamen General Research Guide). 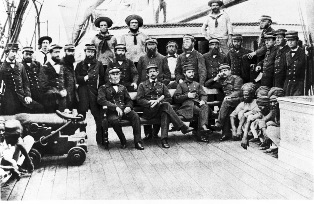 No systematic record of crew belonging to merchant ships was kept until 1747.  Until that date, the researcher must rely upon the chance survival of material amongst records kept for other purposes, especially State Papers and those of the Colonial Office, the Treasury, High Court of Admiralty and High Court of Delegates.  Most of these records are not indexed in a way which would assist a search for a specific ship or seaman.

From 1747, masters or owners of merchant ships were required to keep and file a Muster Roll, giving details of the number of crewmen and the ship's voyages.  These lists, which were kept as a result of the Act for the Relief of Disabled Seamen 1747, were filed with the Seamen's Fund Receivers at the ports of arrival.  The musters are found at The National Archives, Kew, in series BT 98, piece numbers 1-139.  They cover a number of ports and various dates from 1747 to 1853.

There is no index to the ships' or crews' names in BT 98, and they are arranged by year and port of filing. Sometimes they include a full list of the crew's names, but more commonly they name only the owner and Master and give the number of crew members.  The early lists are more likely to show the crews’ names and against each name details of the amount of money to be invested in the fund. 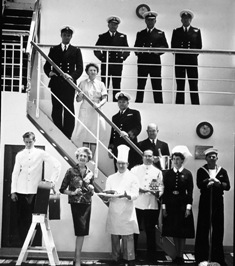 During this period two main types of Crew List are to be found.

The Crew Lists for the whole period 1835-1844 are filed by ship's Port of Registry; for each port the lists are grouped into boxes by the initial letter of ships' names, but within each box the lists are randomly arranged. At this date, the Crew List will give brief details about the ship, its Master and voyages together with, for each crew member:

From 1845 onwards further types of list were introduced, and three key ones are found in addition to the Schedules C and D already mentioned. Schedules A, B, C and D all give information which is very similar to that quoted above.

For this period the Crew Lists are arranged in BT 98 by the year, the port of registry and are then grouped into boxes according to the initial letter of the ship's name.  To locate the crew list of a ship on which an individual seaman sailed, it is necessary to determine its name - this is not given in the registers of seamen's service until 1854.  A search of all the available crew lists is only practical for small ports.

From 1857 onwards, the records are arranged in BT 98 by ships' Official Number (ON). The ON was allocated on registration and was retained for the life of the ship (even if the ship was renamed) or until it left the British register, and was not reused.  ONs may be found from the Mercantile Navy List or Lloyds Register, copies of which are available at The National Archives.

Unfortunately the majority of crew agreements that exist for these periods are scattered amongst a number of repositories both in the UK and abroad.  A 10% specimen group of crew agreements for each year, taken at random (every tenth box of papers) together with those for famous vessels (with some exceptions, such as those for the Cutty Sark and SS Great Britain), are in The National Archives series BT 99 for the periods 1861 to 1938 and again from 1950 to 1989.  For the period 1861 to 1923, they can be searched for on The National Archives catalogue using the ship's Official Number (ON) which is obtainable from the Mercantile Navy Lists.  After that date, the Catalogue gives ranges of ship's Official Numbers.

Local and Regional Record Offices hold some Agreements for the period 1863-1913 (see the next page for a list).

The rest, approximately 70% of the Agreements and Crew Lists for 1863 to 1938 and 1951 to 1976, were transferred to the Maritime History Archive, Memorial University at St John's, Newfoundland, Canada. 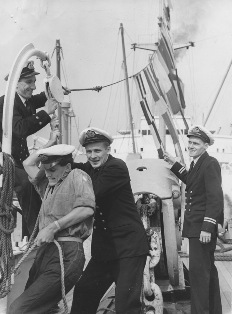 The National Archives holds the surviving official Agreements and Crew Lists for the Second World War and the succeeding years up to 1950. These can be found in various record series and can be searched for by the ships' Official Numbers in the Catalogue.