You are here: Features > Run Away to Sea!

Run Away to Sea!

Leave Brexit behind and run away to sea with P&O Heritage, as we reveal the story behind our most popular posters... 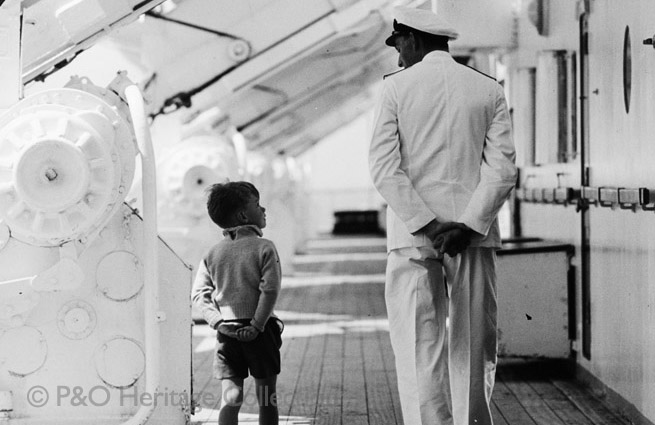 In 1958 P&O joined forces with the Orient Line to encourage American passengers and tourism across the Pacific. A new marketing identity 'Orient & Pacific Lines' was created and the services of a young advertising executive in New York employed. The 'Ad man' was none other than David Ogilvy (1911-1999), co-founder of global advertising giant Ogilvy & Mather and widely acclaimed as 'the father of advertising'.

"Unless your advertising contains a big idea, it will pass like a ship in the night."

Ogilvy’s 'big ideas' were conveyed in distinctive adverts with large photographs and clean layouts. For Orient & Pacific Lines, Ogilvy chose the American photographer, Tom Hollyman (1919-2009), whose work he had admired in 'Holiday' magazine. Before long, a big idea began to shape on board ORSOVA, as she set sail from Australia. 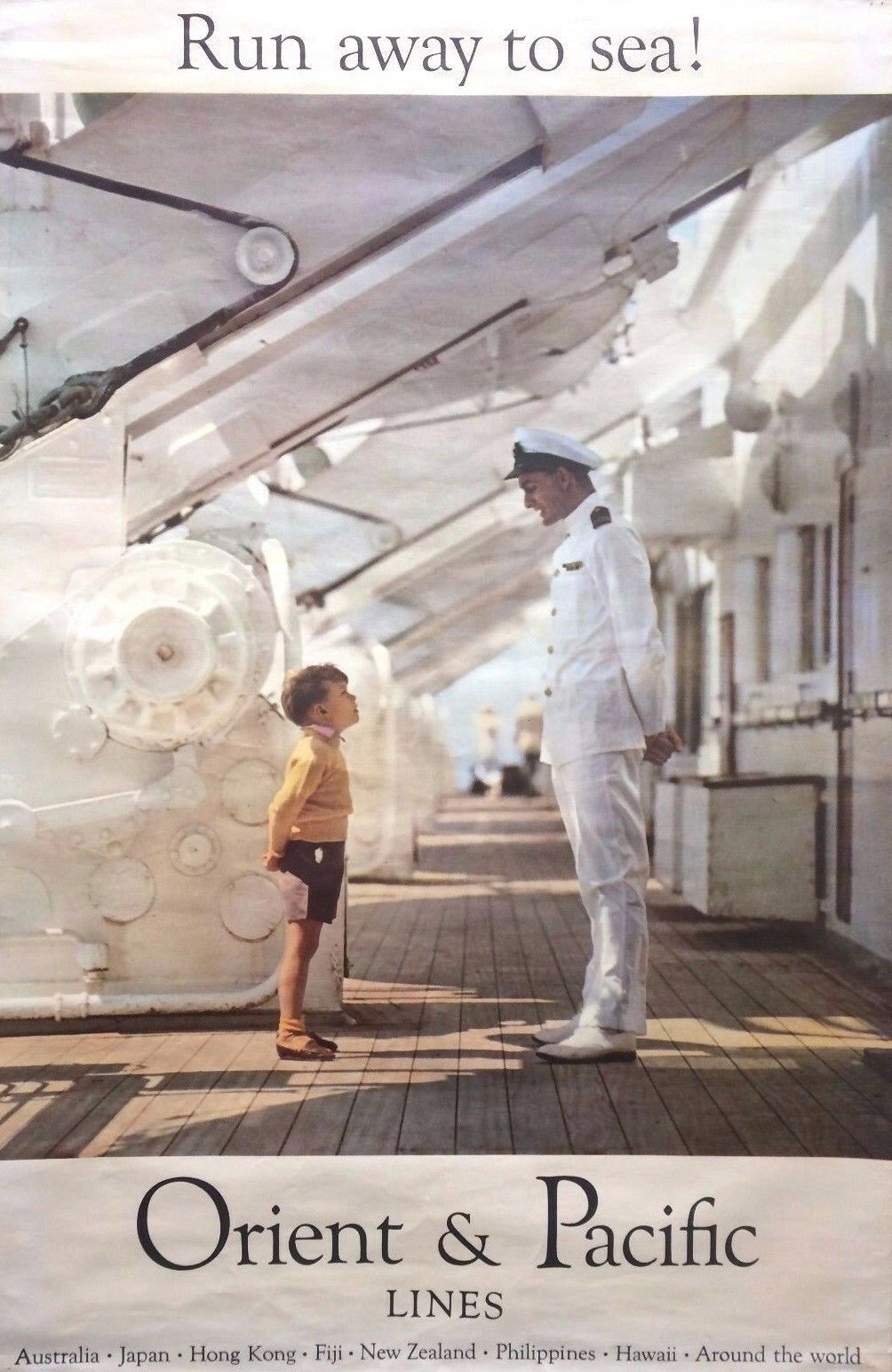 "I have a vague memory that I was recruited at the last moment from the kindergarten on board."

A decade after the original shot, Cookman and Ashbolt posed together again, this time as the Staff Captain and the teenager on board ORONSAY. As Anthony later admitted "it lacked the charm of the original!”

Disembarking ORSOVA in San Francisco, Anthony Ashbolt and his family spent the next three years in America. The experience left an impression on our young poster boy. Today Dr. Ashbolt is an expert on San Francisco and a Senior lecturer in American history, politics and culture at the University of Woollongong, New South Wales. 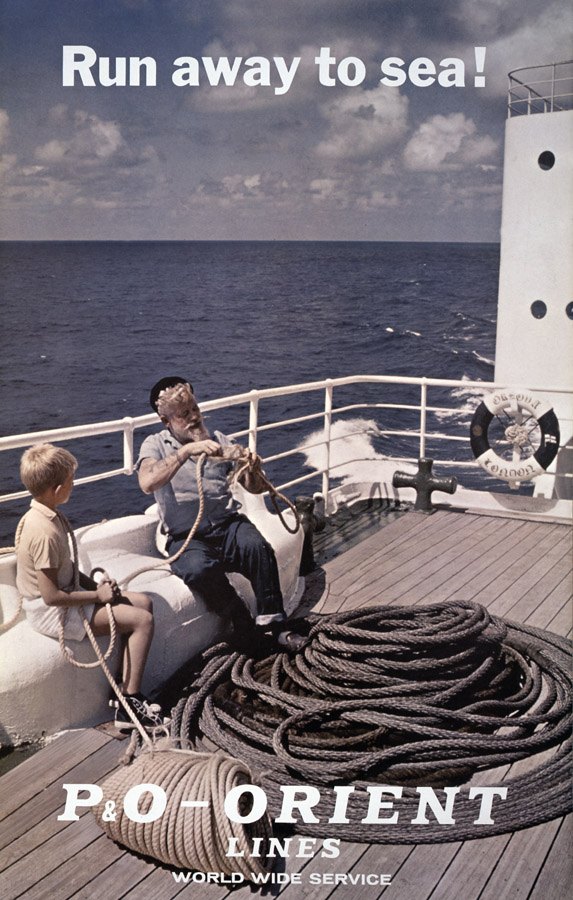 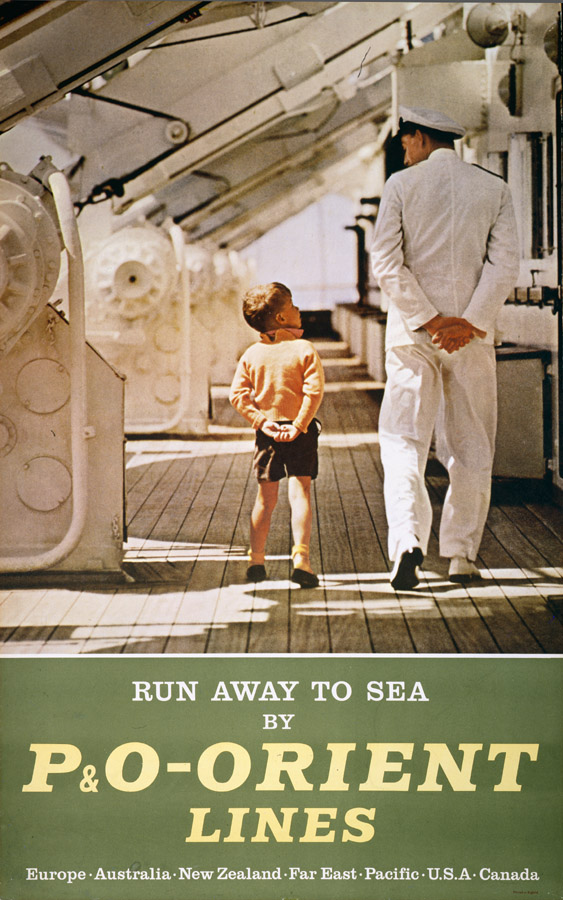 The ‘Run Away to Sea’ campaign was widely promoted on posters and print advertisements, winning critical acclaim from the American Society of Travel Agents in 1958.

Following the P&O and Orient Line merger in 1960, the campaign was revived for a new series of posters, first branded P&O-Orient Lines and later P&O World Wide Services in 1966. The famous strapline re-appeared in various guises, including marketing brochures for the new CANBERRA and a promotional film released in 1969. 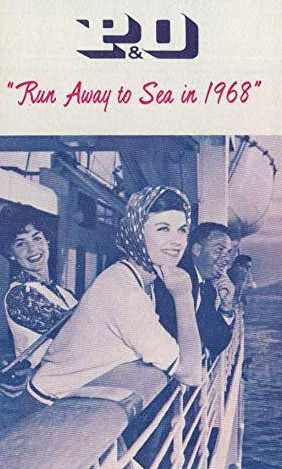 More than 60 years the campaign launch, our 'Run Away to Sea' posters are the most popular poster in our collection and the biggest sellers in our range. Perhaps, today, the posters offer a timely reminder of days gone by, striking just the right note of nostalgia. Certainly their appeal continues to run, and run... 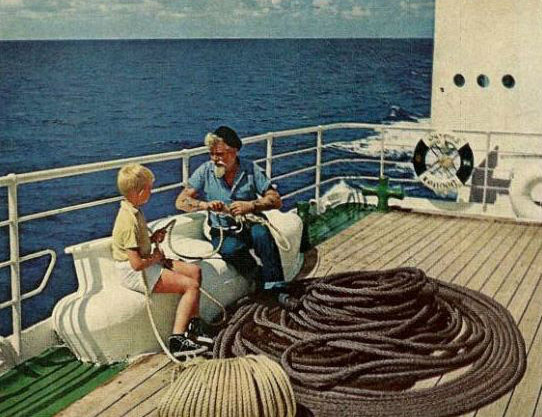 With sincere thanks to Professor Anthony Ashbolt for sharing his recollections with us. Dr Ashbolt's book - A Cultural History of the Radical Sixties in the San Francisco Bay Area, is published by Routledge and available online and in all good bookshops.

Did you know that we have over 200 original posters in our collection and almost all are available to order as prints. Discover more of our collections online