The particular poignancy of this Remembrance Day, exactly 100 years after the armistice, will not be lost on any of us…

But today also marks the culmination of four-year campaign of commemoration, which has done so much to educate and engage us in the experiences of those who lived and died during WW1.

Few of us will forget the sight, in 2014, of a sea of ceramic poppies flowing from the Tower of London, each one marking a precious life lost a century ago.

From the poppy to the two-minute silence, the rituals and rhythm of our remembrance today were established in the aftermath of WW1

In the Wake of War

As well as honouring the fallen, the centenary commemorations have sought to highlight some of the lasting legacies of WW1, which continue to impact and influence our lives today.

The changes and innovations, wrought by the disruption of war, had powerful and lasting consequences for society and commerce in the peace that followed.

Women went to sea in WW1 as nurses, stewardesses and members of the Women's Royal Naval Service (WRNS) founded 1917

'As the war machine cranked into business, women became an essential part of it: millions making munitions, learning new skills, taking over jobs that had always been a male preserve – from clerks in the Bank of England to coke-heaving in gasworks'   Kate Adie

Women, two million of whom worked in jobs usually reserved for men during the war, were empowered by the experience and emboldened to lead the charge for change, that would bring not only the vote but greater independence and mobility in post-war Britain.

'No words can express what the country owes to our merchant seamen for their services to the nation during this war'  Lord Inchcape P&O Chairman, December 1917

With a war fought on so many geographical fronts, the role of merchant vessels and the sacrifice of some 14,000 merchant seamen (and women) was recognised in the official naming of the “Merchant Navy”, by King George V in 1928, and the unveiling of the Merchant Navy Memorial at Tower Hill.

Besides technical advances in arms and weaponry, the wartime legacy of innovation permeated the fields of communication (from code breaking to broadcast radio), manufacturing (mass production on assembly lines), medicine (notably blood transfusions and plastic surgery) and our own field of logistics.

The war established railways as a strategic asset but exposed weaknesses in the transport system and management of the vital supply chain of arms, goods and troops.  In the years that followed the US set up its first academic programme for the ‘study of logistics’ in 1919, a Ministry of Transport was created in the UK in 1920 and a major consolidation of individual Railway lines and shipping companies was begun, to maximise efficiency.

During the course of the last four years, we have been proud to play our small part in the centenary commemorations.  We have lent items from our collections and contributed our knowledge and design expertise to WW1 exhibitions, up and down the country, from Orkney in the North to Dover in the South. 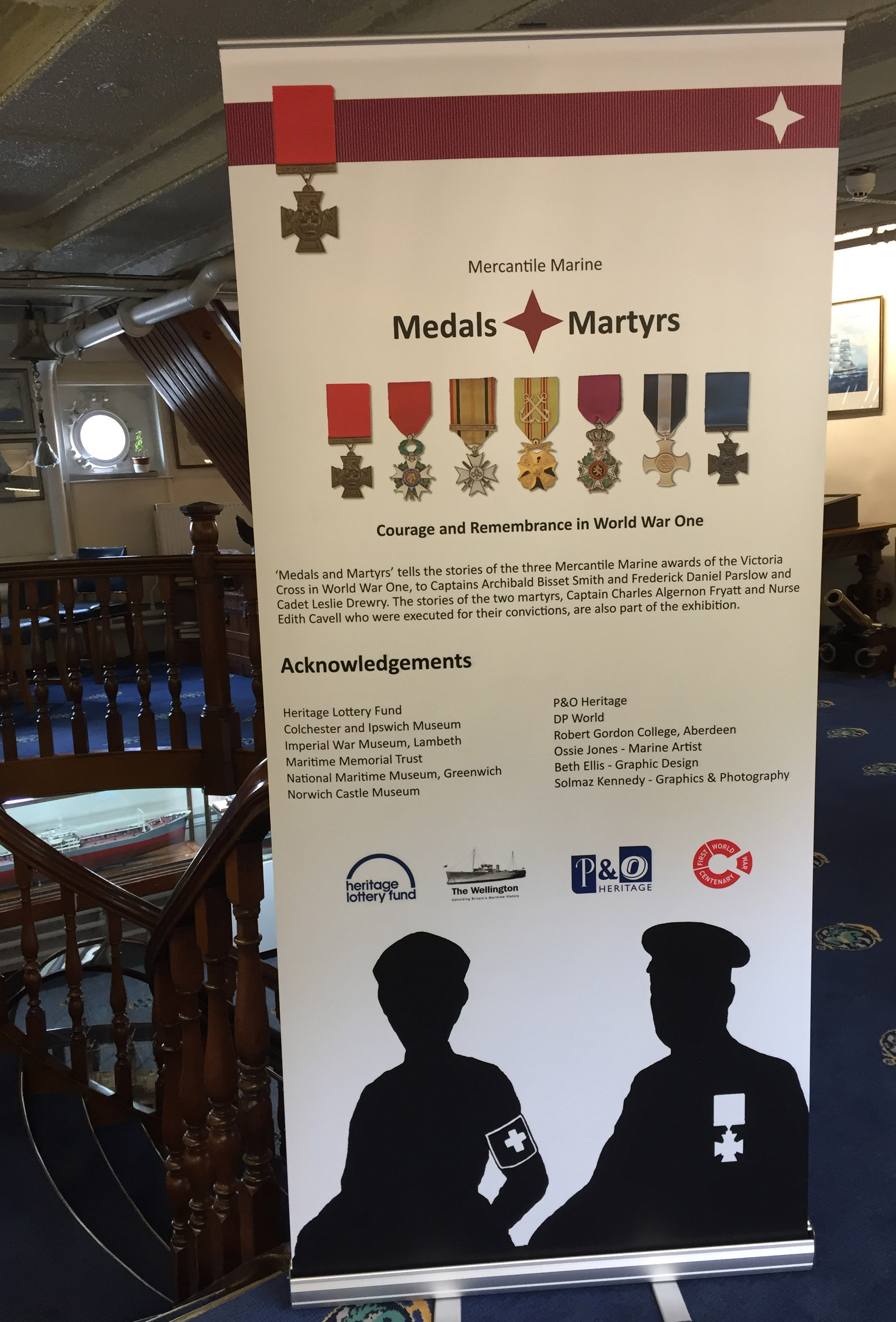 And most recently 'War and Trade' which closes this Remembrance Sunday

P&O Heritage attended the service of commemoration for the anniversary of Captain Bisset Smith being awarded the VC, at Robert Gordon's College, Aberdeen in March 2018

and conserve and re-display some of the rarer items within our WW1 Collections such as this Woolwork featuring DONGOLA.

'Collections are a tangible link between the past, present and future'

The objects in our collections help to inform, inspire and, just occasionally, they have the powerful ability to connect people and places in extraordinary ways.

Our Victoria Cross, awarded to Captain Bisset Smith, is one such object. Captain Bisset Smith was honoured posthumously for his bravery in command of the New Zealand Shipping Co cargo vessel OTAKI in 'a duel as gallant as naval history can relate' on 10th March 1917. 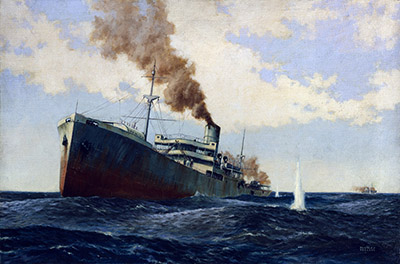 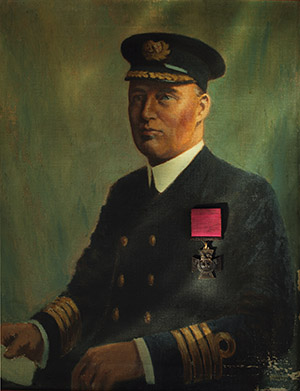 Bisset Smith was in command of the OTAKI (a New Zealand Shipping Co refrigerated cargo ship bound for New York) when it was attacked by the heavily armed, German commerce raider MÖEWE. Woefully under armed and fearing capture Captain Bisset-Smith resisted inflicting 8 hits on MÖEWE whilst his ship, ablaze and sinking, succumbed to 22. He went down with his ship and 4 other crew members.

A century on, the legacy of Captain Bisset Smith lives on at the school he attended in Aberdeen, Scotland and across the globe in Otaki, New Zealand. Today 'Otaki Scholars' from Robert Gordon’s School and Otaki College trade places, experiencing each other’s countries and cultures, in memory of an individual act of bravery and sacrifice during WW1.

As a fitting end to our centenary programme, scholars from Otaki College recently visited our offices, hosted by Dr Terry Lilley from The Wellington Trust, to see for themselves Captain Bisset-Smith’s VC.

As the generation of WW1 survivors are all but lost to us, it is ever more vital that their legacy remains. It is our duty to ensure that their stories continue to be told, that their voices are still heard, leaving only the guns to fall silent on Armistice Day.