You are here: Collection > Posters > Cruising > The Captain's Table 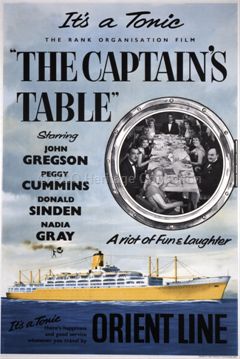 In: Cruising
Part of our Posters gallery

Description:
In the opening credits for the film, the director's acknowledged the part played by the Orient Line thus: "This film was made with the enthusiastic co-operation of the Orient Line - who gravely disapproved of the whole thing"! The film was directed by Jack Lee and made by Rank Films.

Other categories in Posters :