‘All through this trying and anxious time they have displayed the greatest gallantry and they have never uttered a murmur. The war has made heavy inroads on our officers and engineers, and all who could be spared have joined the forces…’ Lord Inchcape, 1916 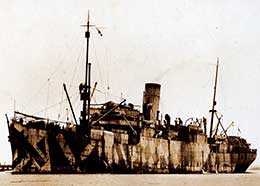 The Great War called upon both men and ships to do their duty. 41 P&O ships (approximately two thirds of the entire fleet) served as troop carriers, hospital ships, store and supply vessels and even messengers.

What little of the fleet, and crew, that remained, went about the usual business of carrying mail cargo and passengers, in anything but normal conditions. Under the constant threat of attack from U boats, torpedoes, mines, bombs and gunfire, Company ships and services continued undaunted. Not all attacks, when they came, were successful but many were disastrous.

In one of the worst incidents, P&O’s Persia was torpedoed by a U boat on a routine mail run from Marseilles to Bombay on 30th December 1915. Her port boiler blew up and she sank quickly, some 70 miles off the coast of Crete, with the loss of 334 civilian lives. 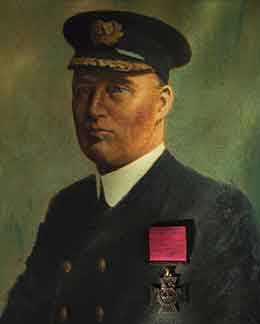 Amid the perils there were heroic acts of bravery, notable among them Captain Bisset Smith, of the newly acquired New Zealand Shipping Company. Captain Smith and five of his crew died defending their ship, Otaki, from the German surface raider Möewe in an ill-matched fight. The Captain was awarded, posthumously, one of only two VCs (Victoria Cross) given to serving members of the merchant navy in the First World War.

On 22nd September 1918, Malwa became the last P&O ship to encounter the enemy. She was one of only four of the original ten 'M' Class ships to survive the war. All told P&O had lost 25 ships and the lives of 258 employees. Multiplied by the associated companies, the loss to the group was much heavier: 94 ships and 989 lives. 8 million tons of British shipping had been sunk.

P&O’s Chairman was sanguine in his acceptance of the sad facts:

'We make no complaint, we have borne philosophically our share of the burden of war, and we are proud to think that the Prime Minister has said that without the British Merchant Marine we should have collapsed as a nation by February 1915.'