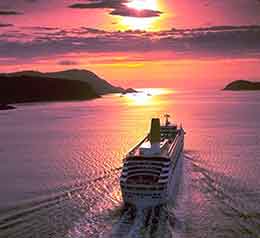 In the case of P&O Princess Cruises, the demerger also allowed the financial markets to value the distinctly different businesses of leisure and logistics separately. Following the demerger, P&O Princess Ltd (incorporating P&O Cruises, Princess Cruises, Swan Hellenic and Aida) gained its own listing in the FTSE 100. Within a year of trading P&O Princess was in merger talks with Royal Caribbean, before Carnival launched a rival counter offer which was accepted in 2003. Today P&O Cruises bears the name of its P&O origins under licence from DP World.

In a string of deals the Company realised its capital investments, sold assets and exited from its deep sea cargo lines with the sale of the revived Associated Bulk Carriers (in two parts 2002 and 2003) and P&O’s remaining interest in Royal P&O Nedlloyd in 2005. The Company’s property portfolio which ranged in assets from resort islands in Australia, to business parks in America and shopping centres in the UK was disposed of in a series of sales.

Investment capital was re-appropriated in ports, allowing P&O to acquire a container terminal in Vancouver (Canada), Mundra (India) and two berths in Le Havre (France), and to invest in new terminals in Antwerp (Belgium), Chennai (India), Quingdao (China), Vostochny (Russia) and to develop a terminal in Ho Chi Minh (Vietnam).