'Our services, as you will see from the map, now encircle the globe, and when normal times return we hope to be able to provide efficient means of communication for world wide trade and comfortable transport for passengers.' The Rt. Hon. Lord Inchcape 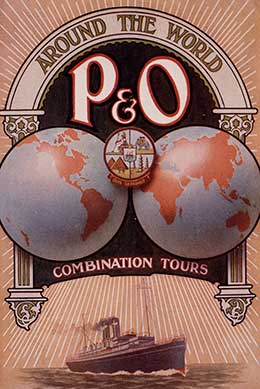 In 1910 P&O acquired Lund’s Blue Anchor Line in the wake of the loss of Waratah, a tragedy so mysterious that it is still debated today. The company operated five steamers on the Cape route to Australia carrying cargo, emigrants and third class passengers and became known thereafter as the P&O Branch Service.

The purchase first of the New Zealand Shipping Company (incorporating the Federal Steam Navigation Company and conveniently controlled from a nearby office in Leadenhall Street) in 1916 and then the Union Steam Ship Co of New Zealand a year later, expanded P&O’s reach in New Zealand and its interest in refrigerated cargos - particularly frozen lamb. 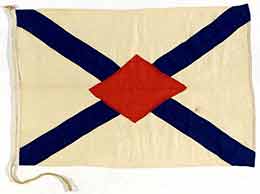 Together P&O and BI purchased the Hain Steamship Company on the death of its founder in 1917. Hain had a fleet of ‘tramp’ steamers operating itinerantly, without a schedule or set routes, as demand required. In the same year James Nourse Ltd., operating cargo from Calcutta to the West Indies and Fiji, was acquired by the Company directors and later absorbed into BI.

Then in December 1918, P&O acquired a controlling interest in its stable mate on the Australian run, the Orient Line, with six ‘high class’ steamers to its name. For the Orient Line, like all of the new subsidiaries, it was business as usual and the company continued to run itself until 1960.

By the close of the decade, P&O and Inchcape had built a considerable empire at home.