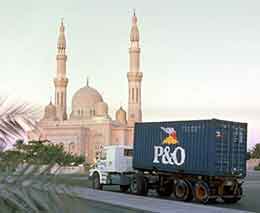 Global management now moved from London to Dubai where P&O had historic links. The familiar funnels of BI and Strick Line were well known in the Gulf and, from the 1970s, P&O’s ‘Strath’ liners were a frequent sight in Dubai. And it was here that DP World began its rapid growth from a domestic port operator in Dubai, to a global operator - a journey that included the acquisition in 2005 of CSX World Terminals, a subsidiary of Sea-Land.

DP World was quick to spot the strategic advantage in acquiring P&O. Together the combined entity had a global capacity of around 50 million TEU (twenty-foot equivalent unit) and ranked third largest port operator in the world, with 52 terminals spanning 30 countries and five continents.